Two girls sat on the rock at the edge of the stream. Not together. Not at the same time. One came after the onset of dawn, the other few hours earlier. They came every day, sat at the same spot, END_OF_DOCUMENT_TOKEN_TO_BE_REPLACED

I like fools, the kind of people who would keep trying to save the boy who cried wolf. Because, fools usually have their heart in the right place. It’s not that these fools don’t realise that the boy is a liar, it’s just that they know that the wolf is real. They think, it’s better to be thought an idiot than to leave the boy at the mercy of the wolf, in case he really comes.

The world needs these fools. Not the liars who think it’s smart to cheat people. And certainly not the people so fed up of lies, that they don’t mind feeding the liars to the wolves.

It’s always easier to stick with the herd. There’s safety in numbers; you don’t have to worry about taxing your brain. No need to think for yourself. If everybody believes the same thing, then it has to be right. And there’s that wonderful feeling of belonging to a huge group. Unity is strength, right?

But then, some people are idiots. They don’t like being part of a wholesome community. They want to preserve their individuality, their sense of independence. They have this weird belief that truth is not the trophy of a popularity contest. They keep on fighting for their odd notion of truth, even when no one believes them. END_OF_DOCUMENT_TOKEN_TO_BE_REPLACED

Remember dear fellow women,
the reason we are here with any freedom at all are not the women who remained quiet, and let their work speak. There always were in history many such great women, but that didn’t change the fate of womanhood. What helped us are the women who made a noise, women who did not back down, who gave a tough fight to the authorities, and kept fighting even after the fight was supposedly over. They were called bitches, drama queens, radicals, and what not. They were hated by most of the society including some women. Even most of the respectable, and good leaders of their respective eras spoke against these women. But they were also admired for their tenacity and fighting spirit. The early women were not fighting someone else’s cause, but their own. People never understood why she has to continue fighting after she has already gained respect, and success. But this fighting spirit was more necessary for us than anyone realised. Because they continued fighting, the door to their field remained open, the path they followed remained accessible to the other women that came later—the tolerant women, who could never have the courage to fight that big a battle. Remember, the conformists aren’t the reason for our easy life, the rebels are. So, it is very vital that you support their struggles, even if their supposedly unnecessary fighting spirit annoys you. Stand with such a woman, even if you don’t understand her problem. Because someday, another woman, or possibly many other women of future will have an easy access to the prize, the fighter won.

She was excited to be here. This would be a great story. Views from people who knew him personally. And she was getting some response too.

A little girl, who said she was glad. Her father, who shushed her and said, “no. we didn’t want it like this.” “Yes, we believe in law,” the wife said. “Yes, law,” the old woman in the cot, probably the grandmother, snorted.

The next family asked her if they’d be on TV. When she assured them, yes they would indeed be, they shut the door to her face.

And then, she saw the old man sitting at the corner smoking bidi. There was a strange aura around him as if he didn’t care at all about whatever was going around him. She rushed towards him with the cameraman. 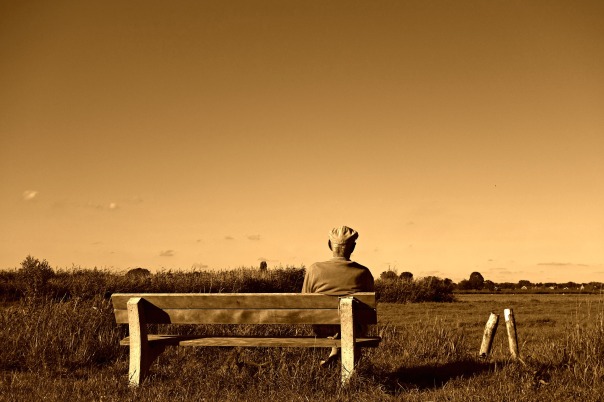 “What do you think about the encounter?” she asked. He just stared. “Did you want to see him punished by the law? What about the people who supported him, the police, the politicians?” she kept blabbering. She didn’t know why, but she wanted this man to answer. Just when she thought he wouldn’t, he did.

“It must be nice,” END_OF_DOCUMENT_TOKEN_TO_BE_REPLACED

When you talk about thinking outside the box, it means that you have accepted the existence of the box. This is how you start drawing the boundaries—the limits, which you try your best to cross. But, you need to understand that the box never existed.
The box is the figment of the society’s imagination. If you accept the existence of the box, then your life revolves in and around the box. Even when you’re thinking outside the box, you’re still thinking in relation to the box itself.
True creativity is understanding that there is no box—no boundaries, no limits. Neither to your imagination; nor for your talent.

As a first born child, active imagination was my only company for a long time. Pictures are visualiser’s best friends. They help open the vista of imagination, and improve your Dreamland. So, picture books were my favourite then. I used to glance through the pictures without bothering to read anything written (mostly because I hadn’t yet learned ABC).
However, as I grew up I realised pictures are open to interpretation. The story I figured out wasn’t the story, the writer had written. That was when I started reading. I wanted to know what the writer thought.
After reading many books, I came to a conclusion. Nothing can boost your own imagination better than words. Not even the actual picture.
Well written words help you visualise a scene better than a picture. This may seem like a paradox. The truth is you may or may not like a picture painted by someone else. However, a good writer doesn’t paint the scene himself; he provides you with colours to paint the scene as you like it. So a good writer creates a story wherein everyone visualises the scene customized to their own style.
So, if you want to live the story read; if you just want to pass time, watch a movie.

“Success comes to those who work hard, not the slackers,” said he, dressed in an impeccable suit, from his air-conditioned office, while a slacker scrubbed the floors in the basement. Yet another slacker was lifting a heavy crate, and one was plastering walls at some random construction site.

“Work, work, work,” he continued, sipping coffee, “I worked when my friends partied. You got to get an early start.” The eight-year old cleaning the utensils thanked her fortunes–how much earlier could you start?

“And remember, you work for the people, selfless work is the key.” In front of his screen, the doctor clapped at that, and in a remote village a selfish farmer found the perfect noose.

The newspaper, the televisions, all published the virtues of hard work, but the appreciation failed to reach the labourers, who could neither read nor could they afford to watch the telly.

I don’t like writing about the past,
Not mine, nor of anybody else.
Why criticize someone who can’t change?
Why praise a person, who’s beyond needing motivation?
Let the sleeping dogs lie,
why wake them up and cry?
But, at times I see glimpses of the past—
the villains still hurting people;
the prejudices destroying lives,
the past trying to mingle with the present,
bringing fake promises of the light,
and spreading its dark ideas.
This past needs to be caught,
to be displayed in its naked glory,
to be defeated, and sent back in disgrace,
for some pasts have this uncanny ability
to befriend the present and spoil the future.